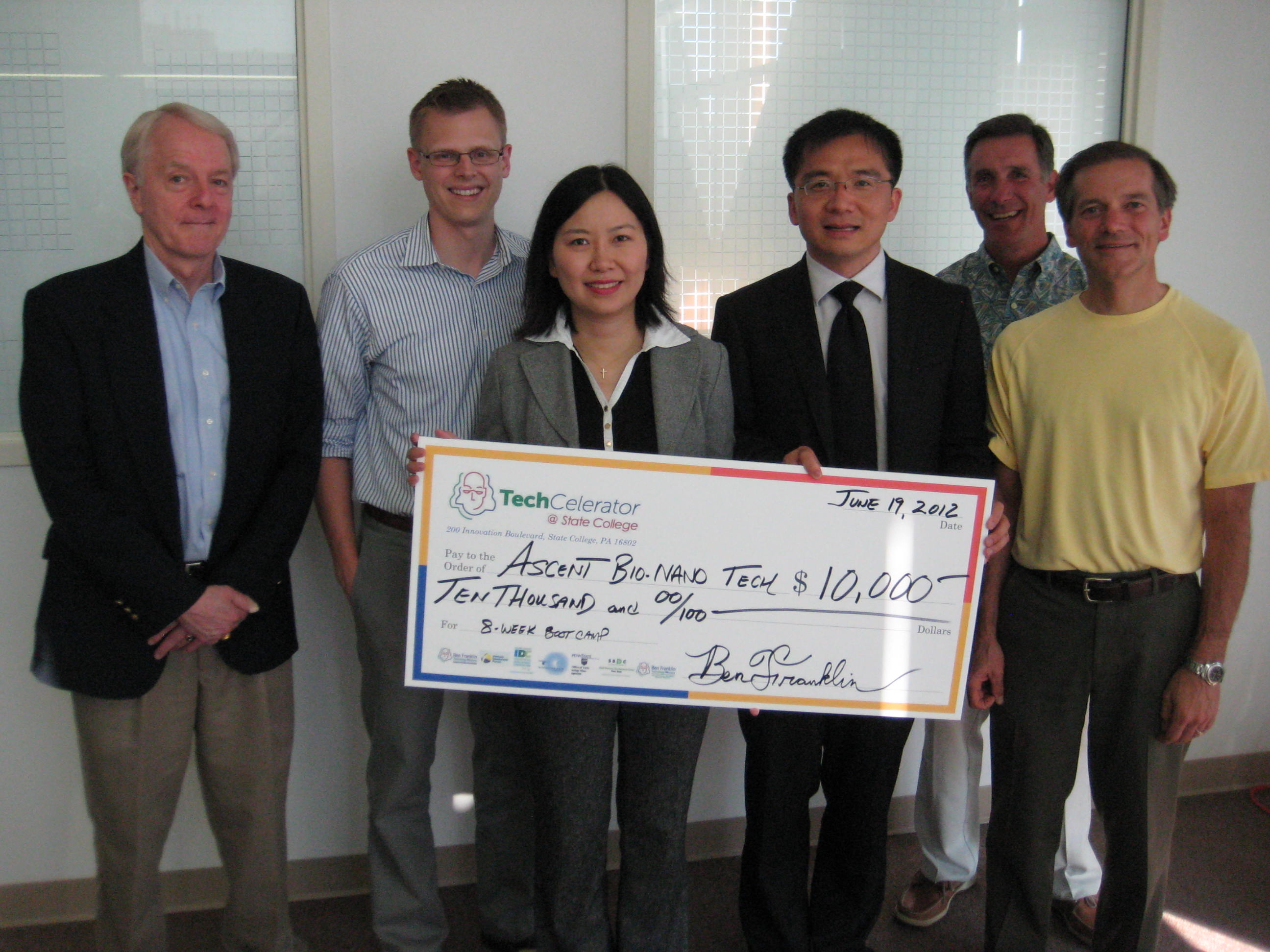 STATE COLLEGE, Pa.–(BUSINESS WIRE)–Two months ago, the Ben Franklin TechCelerator@State Collegeannounced it was looking for the best and brightest entrepreneurs from Centre, Blair, Mifflin, and Clearfield counties to fill six seats in an Eight-Week Boot Camp Training Program for business startups.

To be eligible to win $10,000 toward starting a business, applicants had to have a tech-based idea and a time commitment of at
least 90 minutes per week on eight successive Tuesdays beginning in April 2012. The response was overwhelming!

The winners were Lin Wang, CEO, and Dr. Tony Jun Huang, CTO, of Ascent Bio-Nano Technologies, Inc. (www.AscentBioNano.com). The company, whose technology has been featured in a variety of prominent publications such as Science Daily, Advanced Materials, and the Journal of Physical Chemistry, has developed a chip that can produce three-dimensional focusing of a stream of cells – making it possible for inexpensive portable devices to rapidly screen cells for diseases such as leukemia or HIV.

To date, the CEO, Lin Wang, who holds Master’s Degrees from Duke and Harvard University, and Dr. Huang, who is currently an
Associate Professor at Penn State University, have filed for seven U.S. patents and have been awarded two invention
disclosures. With plans to apply for a Federal Small Business Innovation Research Grant (SBIR), the partners have garnered
significant interest from two well-known industry leaders regarding possible business collaborations.

About the TechCelerator@State College
Located in the Technology Center at 200 Innovation Boulevard in State College, the TechCelerator @ State College is a
partnership among several of the area’s economic development providers that offers budding entrepreneurs designated space,
loan and investment programs, business support and mentoring services, and entrepreneurial training all housed in one location.
For more information, go to  http://www.techceleratorstatecollege.org.